During the second year of activity, the DEMAND project hardware and software prototypes will be tested in the field at three pilot installations which represent the three sectors of intervention that the product will cover (residential, services and industrial).

The experimentation activities are conducted in collaboration with ANFFAS Trentino Onlus, an association that manages numerous residential facilities occupied by people with severe psycho-physical disabilities. The main pilot site consists of the building complex called “Nuova Casa Serena”, whose construction and plant equipment dates back to 2001. The building meets the needs of about 70 users who use the residential or semi-residential service. Located in climatic zone E, its annual electricity requirement is 375,188 kWh.

ANFFAS also manages other residences of varying complexity in the territory of the province of Trento with surfaces ranging from 60 square meters to 1,200 square meters.
In addition to the “Nuova Casa Serena” pilot site, it was deemed appropriate to include a private residential user in the experimentation, as the load values ​​and usage profiles can be significantly different from a structure used for residential services. The private residential user is a 115 m2 apartment located in a mixed residential and commercial building on the outskirts of the town of Lavis in the province of Trento. The building is of energy class B with an energy performance of 19.32 kWh / m3 per year. Built in 1999 with a supporting structure in reinforced concrete and infill panels in prefabricated panels, it is located in climatic zone E.

The pilot site for the industrial sector will be set up in at least one company within the Conversano technology park. In particular, agreements have been finalized with a company that is active in the photovoltaic installations sector. The metering systems will be installed in three different environments:

Two additional companies are available at the Conversano site: a farm and a manufacturer of machine tools. 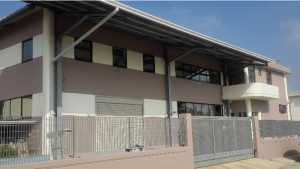 The pilot project that DEMAND will implement in the tertiary sector will be located at Pont Saint Martin, in Valle d’Aosta, at the Data Center made available by Engineering, the lead company of the DEMAND project. This is one of Europe’s largest Data Centers. It is part of a network consisting of another 5 Data Centers owned by Engineering and located in Turin, Rome, Padua, Vicenza and Milan which can communicate with each other through a broadband loop. The PSM data center occupies 2,700 square meters subdivided into separate and self-sufficient bunkers across 4 security levels. It implements “extended campus” solutions with the Turin data center and geographic “disaster recovery” solutions with the Vicenza DC. In the last few years, the Data Center has invested extensively in research and innovation, with the scope of improving energy efficiency – currently power usage effectiveness (PUE) is lower than 1.6 – by actively participating in co-funded initiatives such as GAMES and GEYSER and creating installations that use renewable sources, such as the latest generation geothermal installation that uses 13° water from the underlying aquifer for the cooling system. 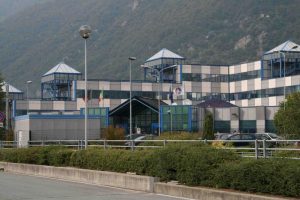